To place metro tickets unmounted on human skulls is a contemporary mortuary cult in Naples.

The raised skulls inside the Cimitero delle Fontanelle are "adopted" as nameless lost souls by the Neapolitans since centurys.

They are included in the family prayers, but also temporarily taken away for family gatherings and placed home on pillows.

Among other things, this cult (Ital. Culto delle anime pezzantelle) is based on the idea that the dead appear in the peoples dreams to thank for the care and the arrival in the hereafter. Approximately In 2015, the subway tickets were added to this tradition. 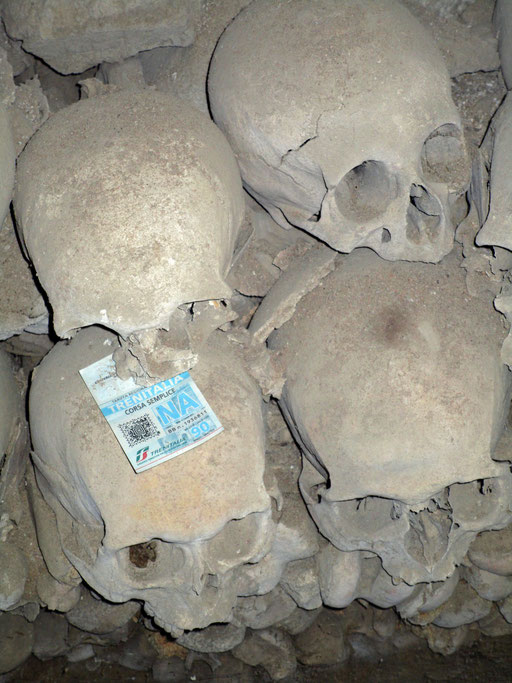 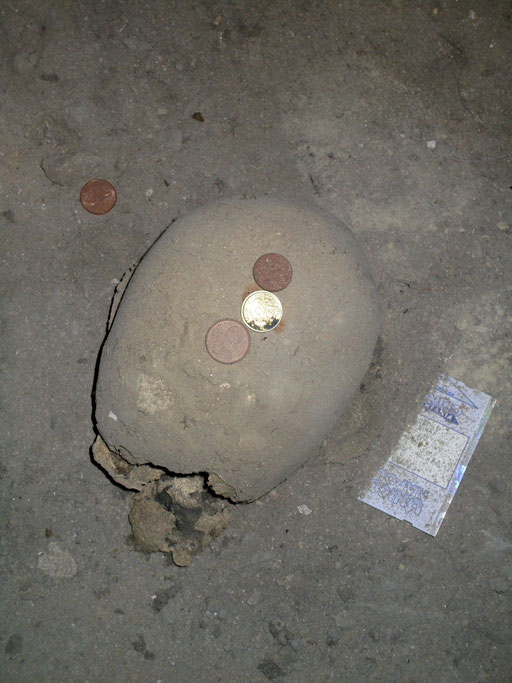 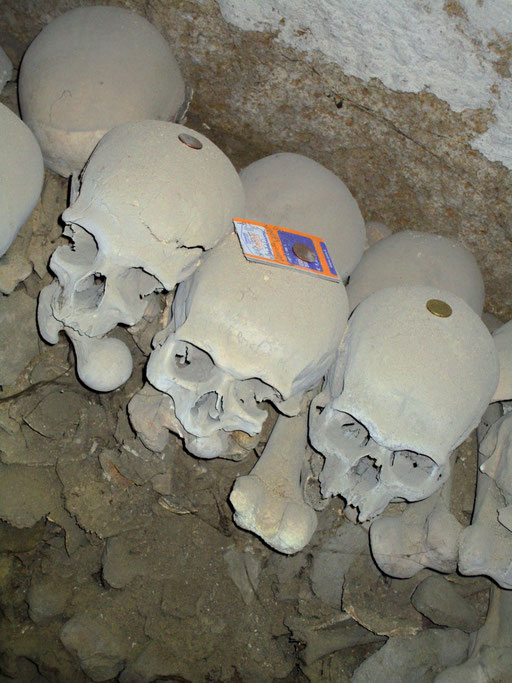 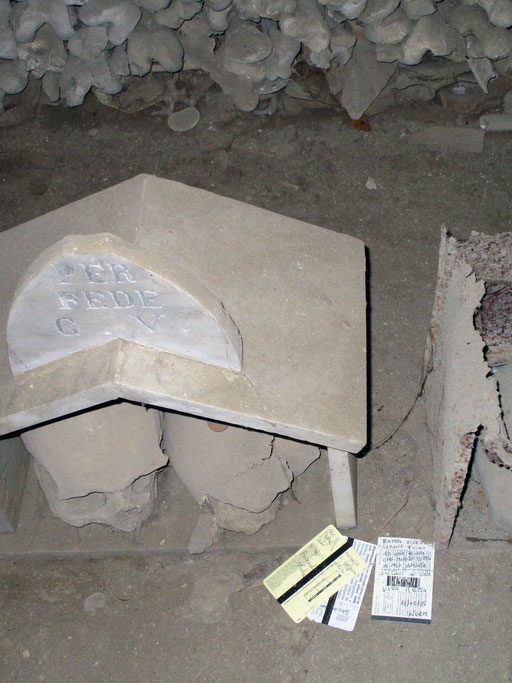